M-Pesa: what miracle to succeed outside Kenya? - Young Africa 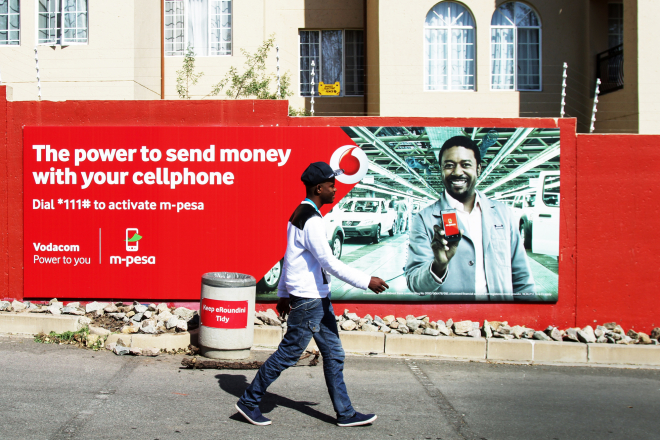 Cameroon is targeting 25 km of optical fiber, for ...

If the financial services platform has accumulated errors internationally, its domestic hegemony offers it the latitude to rethink its strategy with a view to lasting success outside its bases.

A new era for African finance

It is a strong comeback that looks like a bet. Four years after withdrawing M-Pesa from the South African market, telecommunications operator Vodacom announced in July the launch of a new mobile payment service. The offer will be designed in partnership with Ant Financial Services Group, a Chinese group that markets the powerful service of mobile money Alipay, created by the founder of Alibaba e-commerce site, Jack Ma.

In 2016, a poor reading of the market (South Africans are relatively well banked), coupled with an error in the choice of its banking partner (Nedbank, which targets the middle and wealthy classes), got the better of M-Pesa in the country of Nelson Mandela.

This time, the African subsidiary of Vodafone is once again trying the adventure without relying on M-Pesa, of which it has nevertheless become this year the joint shareholder alongside Safaricom, in order to promote its development.

This failure reveals a facet that the application, led by the Kenyan Sitoyo Lopokoiyit, is struggling to assume: M-Pesa is struggling in a number of markets to adapt its strategy. As a result, its failures are not confined to South Africa. Currently present in seven African markets, the service to 41,5 million users across the continent has also had to retreat in Albania, Romania, India and Afghanistan.

Is it a superiority complex inherited from its Kenyan history? In Nairobi, M-Pesa has benefited, since its creation in 2007, from the domination of the operator Safaricom - which captured more than 84% of the mobile market share at the time of its launch, and now holds 87% - and the goodwill of the regulator.

In India, the application has attracted less than 10 million customers in six years, while at the time of its launch Vodafone had more than 200 million. By analyzing the causes of this failure, Mona Shina, professor at Kennesaw State University in the United States, concluded that before ceasing its activities, in July 2019, the management of M-Pesa had accumulated strategic errors: no partnership with giants like SoftBank or Alibaba, unlike the main competitor, Paytm; an underestimation of the apprehension of small traders to pay new taxes, which slows down the formalization of their activity; and poor targeting of priority regions, remote and therefore economically not very dynamic.

In Albania, where Vodafone is nevertheless the leader, the application launched in 2015 in a market already familiar with electronic payment was closed in 2017. In addition to the cramped nature of the country which does not encourage its inhabitants to get laid money, USSD technology, used by M-Pesa, was already locally considered obsolete.

In Ghana and Egypt, where Vodafone occupies a position of challenger, the financial service marketed under the name Vodafone Cash is still struggling to establish itself. Launched in 2016 in Ghana, the application, which claims 1,1 million users, can not compete with the all-powerful MoMo (9 million users), of MTN. In Egypt, a country where the banking sector is mature and consumers familiar with financial services, the platform is also peaking, with 1 million active users.

"Relying on a leading operator is the recipe for the success of a mobile money. This allows it to work from a large customer base, USSD channels and pre-existing distribution networks to create cash deposit and withdrawal points, ”said an industry analyst.

The successes in Tanzania, where the platform was launched in 2008, as well as in Lesotho, DRC and Mozambique, since 2013, confirm this analysis. It benefits everywhere from the power of Vodacom's subsidiaries and from strong demand from unbanked populations for transfer and payment services.

Taken together, the activities outside Kenya are therefore relatively successful with a total of 14,7 million customers representing around 38% of M-Pesa's total customer base. The cumulative turnover of the application (4 billion rand, or approximately 200 million euros) represents a little less than a quarter of the total revenues generated in 2019 (16,2 billion rand, an increase of almost 30% compared to 2018).

"Our priority is to align all the roadmaps of the products under design in all of our activities (transfer, payment, etc.) and to continue to develop the M-Pesa ecosystem in all countries", indicated the subsidiary of Vodafone in the press release of its results for the 2019 financial year.

M-Pesa now intends to take advantage of the boom in online hosting (cloud computing) by reinventing a model designed thirteen years ago in a still weakly connected continent.

“We need to be more open. Publishers must be able to create their product on our platform. We have to analyze our strategy like an automobile gearbox. The objective is to pass the reports according to the progress of the markets and according to the penetration and the knowledge of financial services among our consumers, ”summarizes Chris Williamson.

To achieve this, M-Pesa has developed a new platform with Huawei and has decided to relocate it from Europe to Africa in order to become more responsive.

In Kenya, where the service has forged a plethora of partnerships with banks such as Commercial Bank of Africa, Kenya Commercial Bank and Absa, the goal of becoming an everyday application is on the way to being accomplished.

Through M-Pesa, the user can not only exchange money and top up his telephone credit but also pay his bills, receive his salary, save, invest, pay certain traders, pay for his trips by bus or from a private driver, or even create tontines.

The ultimate goal for Chris Williamson being the democratization of face-to-face merchant payment: “This is where we see the greatest potential for growth, but it is also the most difficult segment to digitize and which requires provide traders with compelling reasons to give up cash. In any case, other arguments will have to be found to accomplish in Africa what M-Pesa failed to do in India and which precipitated its fall there.

In 2019, sub-Saharan Africa had 144 mobile finance services used by nearly 100 million active accounts. M-Pesa is therefore not the only one to want to succeed, but the room for improvement remains largely sufficient for the service to have time to make the difference.

The guests of December 17 - "From one sex to the other", February 6 at Sebastopol - Video

Genocide of the Tutsi in Rwanda: Eugène Rwamucyo sent to the Paris Assize Court - Jeune Afrique

Cameroon is targeting 25 km of optical fiber, to increase access to ...