Since 2019, the construction sector in Cameroon has run out of steam, due to the end of major infrastructure projects 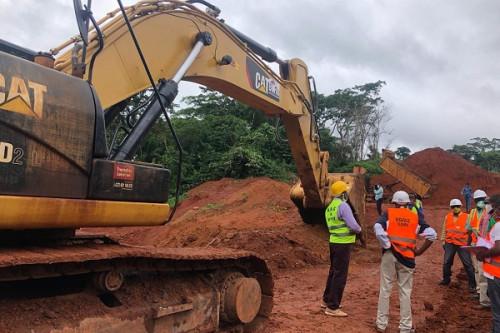 Women's leadership: Elizabeth Tchoungui or rebirth under a ...

(Business in Cameroon) - During 2019, the Buildings and public works (BTP) branch continued to have a certain importance in the growth of the GDP of the secondary sector (industries and constructions) in Cameroon. Concretely, according to the 2019 national accounts, published by the National Institute of Statistics (INS), the construction industry posts a contribution of 0,3 point to growth in secondary education, a sector in which economic activity has grown by 4,9 , 1,8% last year, up 2018% compared to 3,1 (+ XNUMX%).

But, underlines the INS, despite the dynamism still observed in the construction industry in 2019, this branch of secondary “is starting to show signs of running out of steam, in connection with the end of major first-generation projects (construction of dams, port, bridges and roads, launched in 2012, editor's note), and the completion of infrastructure and equipment related to the holding of CHAN (African Nations Football Championship scheduled for January and February 2020, Editor's note) and CAN (Africa Cup of Nations football that Cameroon will host in January 2022, Editor's note) ”.

As proof, underlines the 2019 report of the INS on national accounts, the growth of activity in the construction industry in Cameroon, which had peaked at 7,6% during the year 2018, saw its pace of growth weakened in 2019, reaching only 4,7%.

On analysis, this progression could slow down again during the years 2020 and 2021, due to the actual or announced delivery of new sites, such as the 60-seat Olembé stadium in Yaoundé, the penetrating east of the city of Douala, or some social housing built by the State in the country.

2020 CHAN: The Type of Team Cameroonians Would Want To See

CHAN 2021: serenity does not reign in the Lions' den

Women's leadership: Elizabeth Tchoungui or rebirth under an "orange" rain ...

Ports, logistics… In Dijbouti, will the end of “hyper-targeted” development soon be over? -…