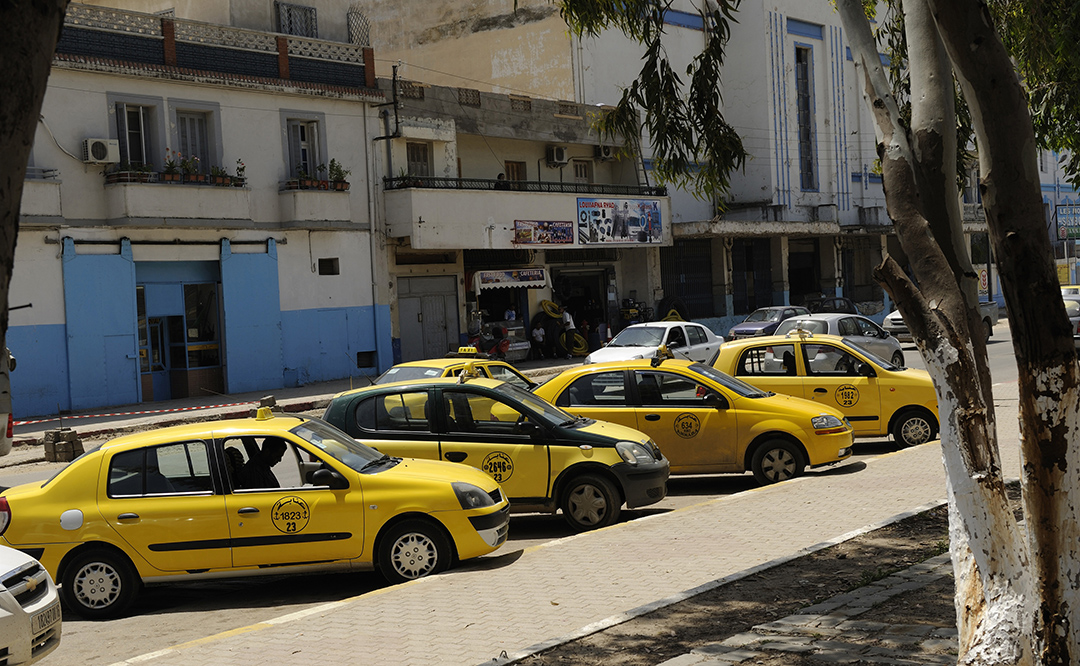 They have not been able to work since March and are running out of patience and resources. Among the inter-wilayan carriers, anger is mounting.

There is a void at the Kharrouba inter-wilayas (regions) taxi rank, at the entrance to Algiers. Usually, the place is teeming with travelers to or from the various wilayas (regions) of the country. Since March 22, the authorities have imposed the stopping of inter-wilayan road transport and passenger rail transport to stem the spread of the Covid-19 epidemic.

Officially, no yellow collective taxi is authorized to take passengers. But it suffices to go to the vicinity of the two large taxi and inter-wilayan bus stations to understand that the activity is not completely at a standstill, thanks to the illegal drivers. “They are present in the 58 wilayas in a normal way. The illegals are untouchable and prices have doubled or tripled ”, indignant Abdelkader Benbrahim, representative of the National Union of Taxiers and Transporters (SNTT-UGTA).

Sétif, Constantine, Tizi Ouzou, Blida… the illegal drivers go through their destinations without being burdened with discretion. "To go to Bordj Bou Arreridj, it is 1000 dinars instead, for Constantine, 3000 dinars", explains a man in his forties. Normally, a place in a collective taxi costs 600 dinars for the first destination, while a one-way ticket to Constantine does not exceed 1000 dinars.

Posted in a gas station, near the bus stations, the illegals set the prices as they pleased. Some travelers try to negotiate. Others, come to inquire, reserve their place or leave with the phone numbers of a driver. “You have to come very early in the morning to have the maximum chance of finding an illegal immigrant who will take you to your destination. There are no drivers allowed here because if the police saw them doing it, they could lose their business card, ”said another man who uses his personal vehicle to transport travelers.

A few steps from Kharrouba station, professional drivers still take the risk of parking their yellow taxi while waiting for a few travelers. “We've been at a standstill for seven months. Those who had a little money on the side spent it all, ”explains a professional driver who is waiting to fill his vehicle to take the road to Relizane, in the west of the country.

He denounces the anarchy that reigns. "Not only do the illegals set their own price, but in addition to the young people from the neighboring districts play the touts by bringing back customers who will have to pay an additional margin", adds the fifty-something.

I was pressured and ended up quitting

Apart from the increase in tariffs, the stopping of inter-wilayan transport is detrimental to ordinary citizens, some of whom are forced to move from one region to another for their studies, their work ... Or to go to large northern towns for medical examinations. " I lost my job. I am not transported and my employer could not provide transport. It caused me problems, I was pressured and I ended up resigning, ”testifies Firdaous, a resident of the wilaya of Blida who had been working for two years in a company located in Zeralda, in the west of the wilaya of Algiers. "A lot of people are in the same situation as me", assures the young woman of 27 years.

Containment requires, many sectors have been shut down by the authorities. But for several weeks, cafes and restaurants have gradually reopened, city taxis have resumed their activity and, at the beginning of October, the Minister of Transport also announced the resumption of domestic flights.

Inter-wilayan carriers are still at a standstill. "We did not organize ourselves and the health situation is not appropriate despite the decrease in the number of cases of contamination," explained Lazhar Hani, Minister of Transport.

To calm the rumble that is mounting in the sector, the government has allocated financial assistance "of 30 dinars [to] road transporters of people" as well as aid of 000 dinars to "drivers and collectors" applicable for the months of 'August, September and October 10, announces a press release from the Prime Minister Abdelaziz Djerad.

But in reality, professionals find it difficult to benefit from these allowances. “The procedure for obtaining this financial assistance is conditional on the payment of social contributions for the years 2019 and 2020 while 90% of taxis are not up to date at the National Social Security Fund for non-employees [Casnos] », Specifies Abdelkader Benbrahim.

Caught by the throat after several months of inactivity, professionals in the sector are calling for a rapid recovery but also the reduction, or even the suspension, of the payment of social contributions and taxes. They threaten to go on strike and call for a sit-in at the Kharrouba bus station on October 19.

In the meantime, no resumption date has been announced by the authorities. "Some say it will start again in November after the referendum on the Constitution," assures a professional driver met at the bus station.

This article appeared first on https://www.jeuneafrique.com/1058436/politique/algerie-la-gronde-des-transporteurs/?utm_source=jeuneafrique&utm_medium=flux-rss&utm_campaign=flux-rss-jeune-afrique-15- 05-2018