[Tribune] Tunisia: the police, youth and the specter of Ben Ali - Jeune Afrique 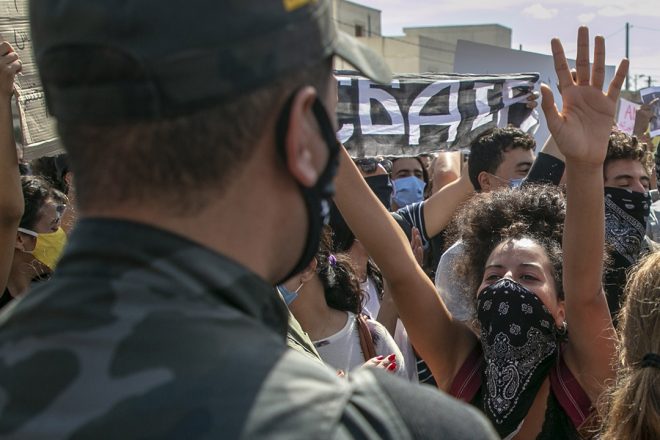 The draft law on the protection of security forces awakens old demons in Tunisia.

The bill, first discussed this week in the Assembly of People's Representatives, then rejected after the mobilization of several associations, aimed to "crack down on attacks against the armed forces". A deliberately vague terminology, which has electrified the country throughout the last week.

The article that the Free Destourien Party (the PDL, led by Abir Moussi and nostalgic for the Ben Ali era) had added to this law thus provided for the imprisonment, from three months to three years, of anyone who would attack the “dignity” and “honor” of the police. Not very precise in legal terms, and which inevitably give pride of place to the assessment and interpretation of the law enforcement officer.

Needless to say how dangerous such power is in the wrong hands. However, many Tunisians have since 2011 denounced the lack of police reform. Far from breaking with the Ben Ali years, this bill could on the contrary give full latitude to the repressive desires of the security forces.

Memories of torture under Ben Ali remain anchored in memories

The conflictual relationship between Tunisians and the police is not new. The memories of torture and violence under Ben Ali remain anchored in memories. But democratic Tunisia has not seen this relationship calm down, and several scandals have since outraged public opinion, including the drowning of young Omar Laabidi, 19, supporter of the African Club. The police pursued him after a football match in Radès in March 2018, until he cornered him and pushed him into the city's canal. Since then, the investigation seems to have stopped.

Faced with the bill, part of the youth manifested themselves on October 6 in front of the Bardo Palace. Images of the movement's crackdown are circulating on social media, where the hashtag #Hasebhom ("hold them to account" in Arabic) documents unequivocal police violence.

The police unions have not said their last word. On October 7 and 8, they mobilized in Sfax in favor of the bill. Failing to offer them an improvement in their living and working conditions, the Ministry of the Interior - at the origin of the project in 2015 - prefers to engage in a less costly divide: pitting citizens against the security forces.

Can the police, a taboo subject in Tunisia for a long time, be finally reformed? The lack of memorial work during the Ben Ali period as well as a feeling of insecurity exacerbated by the over-media coverage of various facts could quickly put the police back at the center of the judiciary. What the Tunisian youth refused very clearly, by displaying during the demonstrations a note of ten dinars. Understand: “Even with corruption, the bill will not pass. "

Celine Dion, her beloved son in danger, he suffers from the same illness as René (photo) - Video