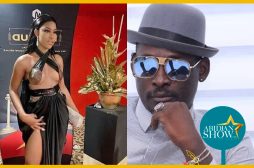 The largest country in Africa, Sudan is rich in 512 ethnic groups, each of which has its own habits and customs, particularly concerning marriage. In the center and north of the country, a young man who wishes to get married cannot meet the future bride. It is a middle-aged woman who is sent on a mission to meet her. On her return, she paints a physical and moral portrait of the young girl to the future groom.

It is after this description that the man gives his agreement for the marriage. The family of the young girl then asks for two weeks of reflection. After the two weeks, the man's mother meets with the woman's mother to inquire about the final decision. After the consent, the mother of the man sends money, gold, perfumes, food to the mother of the young girl.

Then the two families (finally) make an appointment for the wedding.

This article appeared first on https://www.abidjanshow.com/cinq-etranges-rites-nuptiaux-dans-le-monde-partie-5/

Congo: commemoration of the 80th anniversary of the "Brazzaville Manifesto" - Jeune Afrique