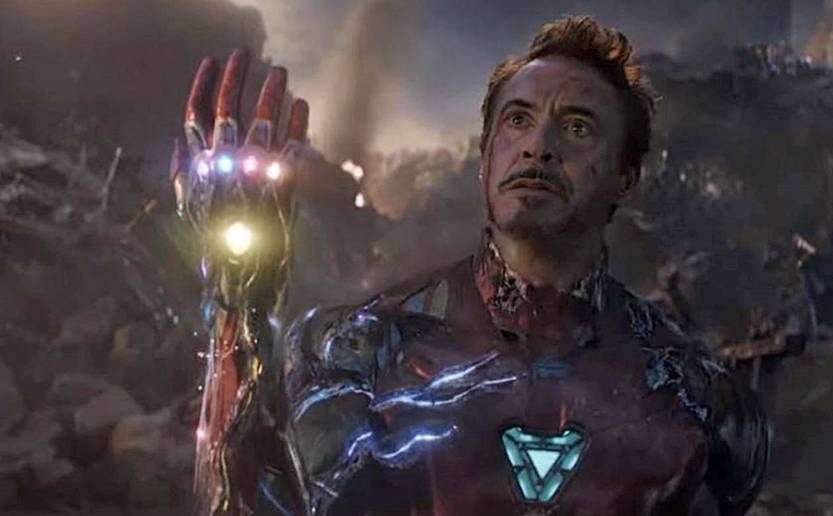 Avengers: Endgame became the biggest Marvel movie ever, but Disney's massive success was possible thanks to three distinct reasons. First of all, Marvel spent more than a decade building up this universe of interconnected stories, creating complex characters that people fell in love with. Then, Endgame delivered in all of the way that fans expected. The film works as a standalone story, but it really shines if you also saw the 21 films that preceded it.

Finally, Endgame picked up on one of Infinity War's themes - the stakes are real, and the superheroes aren't necessarily going to survive. Marvel is obviously going to try to replicate Endgame's success, and that's why there's no Avengers 5 in Phase 4. We need time to become acquainted with brand new heroes that will replace the dead Avengers, as well as new Thanos-level villains.

A series of leaks in the past few days hinted at what Marvel may be working on, confirming in part previous leaks and fan speculation. New reports from an MCU insider explain how the storyline following the Infinity Saga will unfold, and how Tony Stark will be brought back to the MCU. Reviving Iron Man would ruin Endgame, but Marvel will do it all in such a manner that Endgame's legacy will remain intact. That is if these rumors turn out to be true.

Death in superhero movies isn't the end, and the MCU is no different. We already have two examples of that. Gamora is the easiest one. Thanos sacrificed his daughter on Vormir to get an Infinity Stone in Infinity War, but we got a Gamora version from a different reality back. The same principle applies to Loki, who died early in Infinity War. The Loki we love is dead. But a new Loki, the one who escaped New York during Endgame, will appear in the MCU, starting with the upcoming Loki TV series. You already know where I'm going with this. The Tony Stark, who would appear in future Marvel adventures, would not be the Tony Stark we love and miss. It's going to be a different Stark, from a different universe, with a blank slate when it comes to character arc - just like Gamora and Loki. That's the only way Marvel can bring back Robert Downey Jr. to the MCU without altering Iron Man's heartbreaking sacrifice at the end of Endgame.

Mikey Sutton, who spoiled Marvel secrets in the past, said in a post on GeekosityMag That Secret Wars will span the MCU's next phases. That's not to be confused with Secret Invasion, which is supposedly the title of Captain Marvel 2, and a different story altogether.

But Secret Wars will not be a two-event film like the last two Avengers episodes. Instead, they'll span the coming MCU Phases and include both films and TV series. Each new installment will tell a different part of the story, whether it's a regular Marvel movie or a Disney + TV show. They will then be linked in a cinematic finale that might end up being as amazing as Endgame.

Per Sutton, the Secret Wars storyline will combine elements of the comics' 1984 and 2015 versions.

The villains will include Doctor Doom, Galactus, and Kang the Conqueror, but they're not always to be the bad guys of the film. The next Thanos of the MCU will be the Beyonder, who will transport various MCU heroes and bad guys to different alternate universes to fight each other. The planets will become Battleworlds like in the comics:

Secret Wars will involve pretty much all existing superheroes in the MCU, including those on Disney +. Sound overstuffed already? Not quite as this tale will be told throughout several movies and TV series. Each film and TV program is going to focus on a different Battleworld.

The Avengers won't face themselves, but alternate versions of themselves - a Squadron Sinister. The new X-Men will face some of their Fox counterparts played by the original actors. The new Magneto will be on the good side of things in the MCU, unlike on Fox.

The report also notes that the MCU will feature the Spide-Verse as well, in collaboration with Sony, which already jives with rumors that said that Kevin Feige plans cameos from Sony's previous cameos for Doctor Strange in the Multiverse of Madness.

Speaking of Doctor Strange, the superhero will be the “Iron Man of Secret Wars, ”According to Sutton. It's not that he's destined to die, but that he will be central to everything as it unfolds. “Along with the Illuminati, Strange is an integral part in stopping the Beyonder or Beyonders.” We already have rumors that said Marvel is playing an Illuminati crossover that will feature the return of Iron Man. Not to mention that the title of Strange 2 also makes it clear that we're about to learn exactly how the multiverse operates, and why it's so important for the MCU.

This brings us to RDJ's iconic Marvel role. The actor will return to the MCU according to the same insider. And Sutton says this Stark will partner with the Fantastic Four, and that he'll be an Illuminati.

Not the Stark who died in Endgame but a Stark from a parallel Earth who is recruited by Reed Richards into joining the Illuminati. Marvel Studios wants Robert Downey Jr. back as Stark, and this is an opportunity for him to reprise the role without tarnishing his sacrifice in Endgame.

Sutton makes it clear that we're looking at the return of Stark, not Iron Man. Feige supposedly doesn't want a rehash, but Sark might “toss on the armor if needed.”

Also interesting is the relationship between this Stark and his local friendly neighborhood hero, Spider-Man. But this time around, it'll be Miles Morales, not Peter Parker looking at Stark as a mentor.

As with any Marvel rumor, there are no guarantees about these either. We might have to wait several years until we hear any confirmation from Marvel that Tony Stark is coming back to the MCU. But this is really the best way possible for Marvel to have RDJ play the character again.

Chris Smith started writing about gadgets as a hobby, and before he knew it he was sharing his views on tech stuff with readers around the world. Whenever he's not writing about gadgets he miserably fails to stay away from them, although he desperately tries. But that's not necessarily a bad thing.

Netflix reveals its 10 most-watched original movies of all time -…

The massive Marvel storyline that brings back Tony Stark might…

Netflix will debut 52 new original movies and shows in November…

This article appeared first (in English) on https://bgr.com/2020/10/12/marvel-movies-secret-wars-storyline-iron-man/

If you have any of these crackers in your cupboard, throw them out - BGR