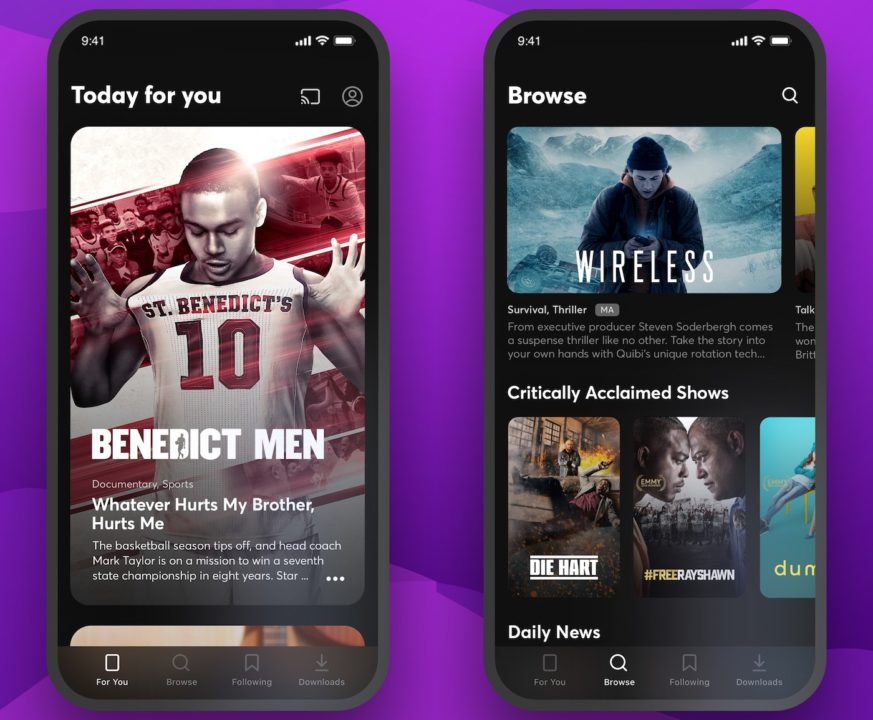 Apple would build its own search engine to reduce its ...

The Quibi video streaming service is struggling. It was launched by Jeffrey Katzenberg (co-founder of DreamWorks) and Meg Whitman (ex-CEO of HP) in April and is not very successful. Jeffrey Katzenberg is looking to sell it and it turns out nobody wants it.

The co-founder turned to different groups and none are interested. Apple is one of the groups that has been approached and said no. According to The Information, it was Eddy Cue, Apple's vice president in charge of group services, who declined the offer. WarnerMedia and Facebook have also said they are not interested in a buyout.

Quibi is a different video streaming service from Netflix, Disney + and the rest. Quibi is only available on smartphones and the programs have a maximum duration of 10 minutes. The idea is that users watch the programs on public transport or in a place where they do not stay for long.

The programs are available in both vertical and horizontal formats. Moreover, it is possible to switch from one format to another during viewing to have a different viewing angle. But Quibi struggles to attract people. It added AirPlay and Chromecast support for watching on the TV, but that's not enough.

Quibi's license format does not interest

Another problem concerns rights. The programs offered are only available on Quibi… but only for two years. After this period, the creators of the programs take back the rights and can, if they wish, sell them to a service like Netflix. In short, things started very badly for Quibi.

This article appeared first on https://iphoneaddict.fr/post/news-304070-streaming-video-apple-nest-interesse-racheter-quibi

Apple would build its own search engine to reduce its dependence on ...