Behind the scenes of the "Wara" series, a political thriller from TV5 Monde - Jeune Afrique 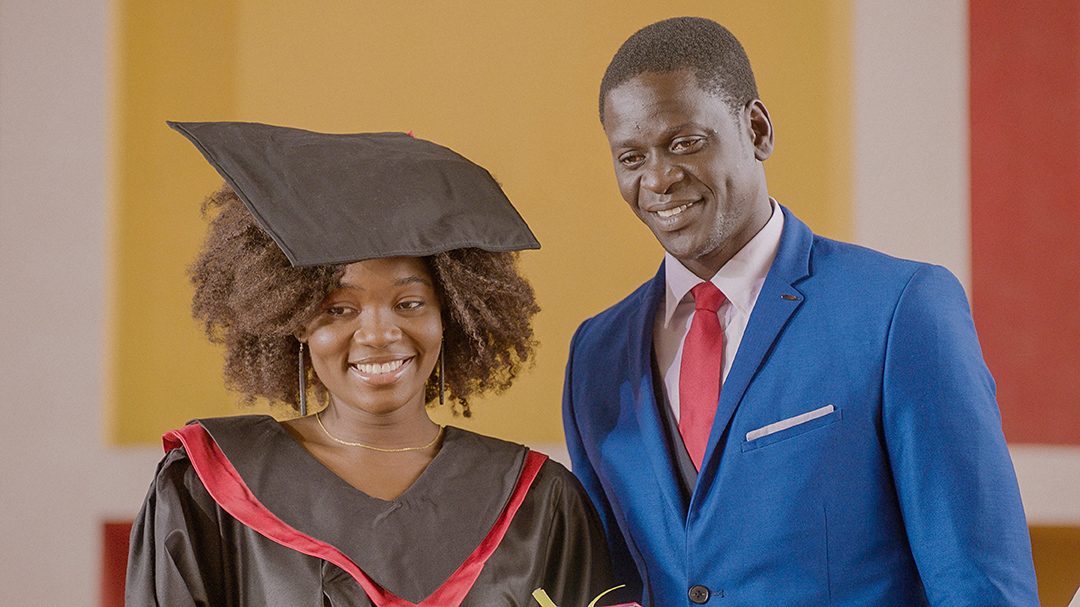 The “Wara” series has just landed in the catalog of TV5 Monde Afrique. A socio-political thriller against a background of student revolt, social discontent and feminist struggle served by authors and a pan-African cast.

It is on its video-on-demand service platform that the international channel TV5 Monde has chosen to broadcast its new African politico-social thriller. Wara - which means “fauves” in the Bambara language - is a series produced by Niger (MJP Productions), Senegal (ONG RAES) and France (Astharté & Compagnie) comprising eight episodes of 45 minutes.

It follows the adventures of Moutari Warra - played by Issaka Sawadogo - a political exile and law teacher who, back in Tanasanga, his fictitious hometown of sub-Saharan Africa, gets involved - under the leadership of Aicha Diallo, his feminist student and activist - in a fight for municipal elections.

Created by Charli Beleteau, the fiction is inspired by another program broadcast by TV5 Monde Afrique in 2012 and 2013: Sound of drums, a series directed by Nigerian Magagi Issoufou Sani, author and director who died in August. The latter had started collaborating with the channel in 2007, with his series Fairy, broadcast for three consecutive years.

“The series by this young author evoked and questioned various social issues such as the question of traditional practices, the family code, violence against women, socio-political awareness of youth, etc. We had the beginnings of Wara ”, underlines Sandra Basset, deputy head of the Africa division in the programs department and head of African series at TV5 Monde Afrique. In Wara, there are indeed themes such as student movements, corruption, political patronage, women's rights, the environment ...

“When Charli Beleteau discovered Magagi's last series, he offered to work on a sequel for which more resources would be mobilized. Also, from a scriptwriting point of view, there was, for a year, quite a writing work on the part of authors from Cameroon, Mali, Côte d'Ivoire and Senegal ”, explains the Franco-Malian Toumani Sangaré, co-director of Wara with the Franco-Senegalese Oumar Diack, his sidekick from the Kourtrajmé collective.

“Charli called on me and asked me to find a buddy. The production had the idea of ​​shooting with two teams simultaneously for actions that take place at different times but in the same place, ”he continues.

Wara sees two generations of socio-political activists confront each other. “Aïcha is the young lioness who jostles Moutari, the sleeping old lion but who can wake up at any time. The spirit, the combativeness and the strength of the wild beasts were character traits that the writers wanted to see shine through in the two characters, ”Toumani Sangaré adds.

But where Wara really stands out, it is in the myriad of characters that, generally, we see little in African fictions: committed bloggers, merchants ready to do battle with the authorities to defend their workplace, students who demonstrate to obtain their scholarships, etc. “These current events or situations are common to all African countries. Reason why the pole of authors and the cast are pan-African. The idea is to make visible what is invisible, to give a noble and realistic image of what is playing out in our African societies without falling into miserability ”, continues Toumani Sangaré.

If Tanasanga does not exist and the country in which the series takes place is never named, the shooting, which lasted seven weeks in 2019, took place in Senegal, and more specifically in Saint-Louis - where the he Gaston Berger University served as the backdrop.

France Nancy Goulian, 21-year-old Ivorian actress seen in fictions like Cocoa on Canal + or in Shuga Babi, a French-language edutainment series from the MTV Staying Alive Foundation, embodies the character of the determined Aicha Diallo. “This role inspired and motivated me because Aicha is an enterprising young girl, who does not hesitate to take the lead in trying not to let herself be held back by social norms,” she says.

More than 1 million euros of budget

TV5 Monde Afrique has chosen to co-produce rather than buy the series. “This allowed us to revise our investment upwards. Beyond the broadcast, we looked at the bible, the script as well as the post-production and we ensured the follow-up of the editorial and technical quality. This is also what explains this 45-minute format, rather than 26 minutes, ”says Sandra Basset.

The most expensive series on TV5 Monde. With 60% of spending in Africa

The series required a budget of more than 1,2 million euros, or about 150 euros per episode. "We have provided the third, or 000 euros," explains the head of African series. The French Development Agency (AFD), the International Organization of La Francophonie (OIF), the French Media Development Agency (CFI) but also the French National Center for Cinema and Animated Image (CNC) have also put his hand in his pocket or accompanied the writing and production of the program. " Wara is TV5 Monde's most expensive series. And 60% of the expenses - related to service providers, technicians, actors, filming - were made on the continent. "

The program should be broadcast soon on the nine channels of the TV5 Monde network. “All our series are not intended to be broadcast internationally, but in the case of Wara, even if we cannot speak of audience success yet, we can already speak of manufacturing success. The program has already caught the eye of the French festival Séries Mania, which selected it in the “Panorama International” category and should screen it next year.