By TELES RELAY On October 7 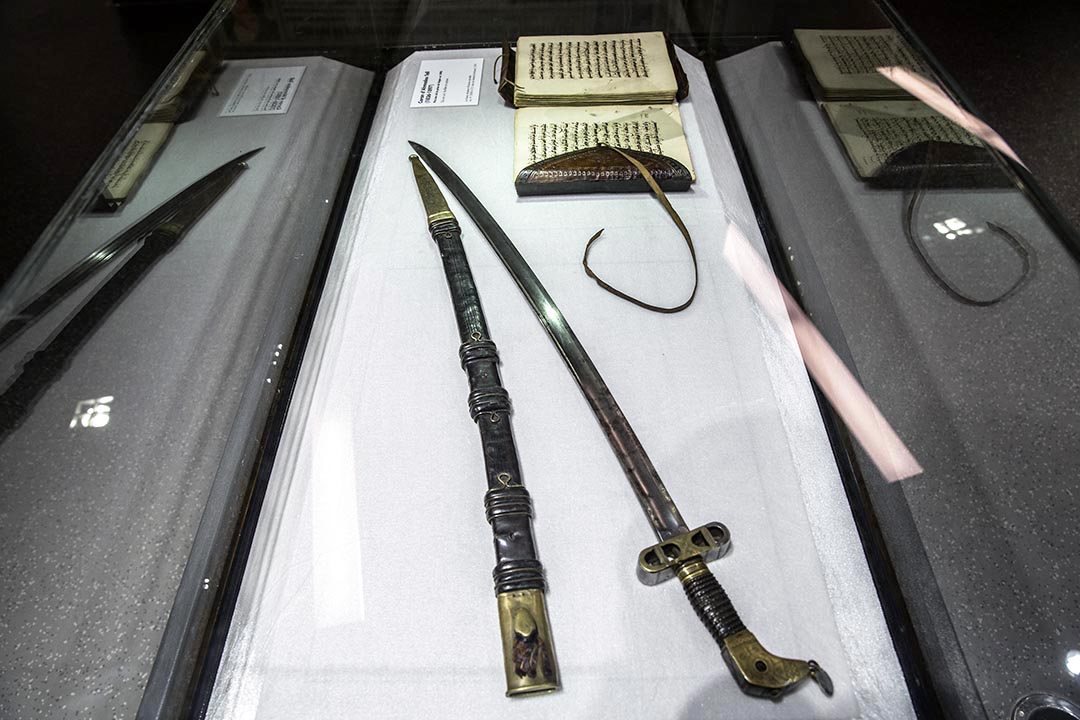 French deputies unanimously approved on Tuesday evening a bill restoring to Benin and Senegal cultural property brought to France during colonial times as “spoils of war”.

The transfer to Benin covers 26 pieces - statues, royal seat, ornate doors in particular - from the “Trésor de Béhanzin” from the looting of the Abomey palace in 1892. They are today in the Quai Branly-Jacques Chirac museum in Paris . French President Emmanuel Macron announced their "return without delay" during his trip to Ouagadougou, Burkina Faso, in November 2017, but the process of transferring ownership subsequently stalled.

Senegal must for its part recover a saber and its scabbard attributed to El Hadj Omar Tall, a great West African military and religious figure of the XNUMXth century, confiscated by General Archinard during the colonial conquest of West Africa by France. Held by the Musée de l'Armée in Paris, these objects had been symbolically given - in the form of a five-year loan - by France to President Macky Sall, during the visit to Dakar by Édouard Philippe, then Prime Minister, in November 2019. They are now on display in the Senegalese capital.

The bill passed with 49 votes in favor and none against in the National Assembly, and must now be considered by the Senate. The restitution of these “spoils of war” is part of a “strengthened desire for cooperation” with Benin and Senegal, declared the French Minister of Foreign Trade, Franck Riester, who came to defend the text in the hemicycle in place of the Minister of Culture, Roselyne Bachelot, "contact case" with Covid-19 and therefore in isolation.

But the French minister insisted on the punctual nature of these restitutions, which derogate from the inalienable character of the French collections, in response to fears that they might open the way to a multiplication of claims and to the loss of a large number of works held by French museums. The project “only applies to these specific cases” and does not “in any way derogate from the general principle” on the inalienable character of French public collections, he said.

Benin is the first African country to have asked France, in 2016, to restore its heritage. "Passing a specific law to return twenty-six works is a strict minimum," said President Patrice Talon in September, " in an interview with Young Africa. What we want is a general law that authorizes the executive to negotiate with us a global restitution on the basis of a precise inventory. Leaving, then, to discuss, in a win-win spirit, what goes to each other, common exhibitions, originals and copies, etc. This dynamic of cooperation is preferable to legal actions. "

Belgium: Brussels: the mayors of the periphery will…

[Tribune] Let's give back Abdelkader's stuff to Algeria! - Young Africa

Gabon: between the opposition and the Bongo, the heart of the Maganga Moussavou swings - Jeune Afrique

Belgium: Brussels: the mayors of the periphery will examine measures ...

Coronavirus: Burkina Faso obtains $ 15 million from BADEA for the purchase of ...