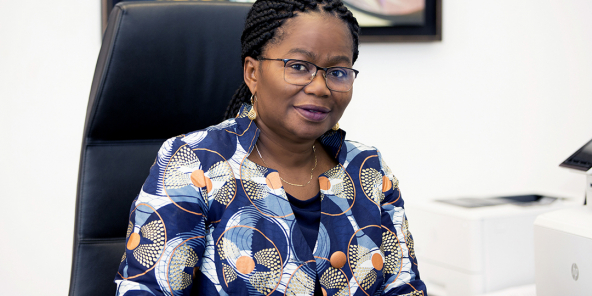 Presidential election in Guinea: between battle of numbers and violence ...

The first woman to take over as head of government in Togo, Victoire Tomegah Togbe delivered her general policy statement on October 2. Back on the journey of this pioneer, who already holds a record for ministerial longevity.

His appointment Comes more than seven months after the last presidential election, held on February 22, after which Faure Essozimna Gnassingbé was re-elected for a fourth term. A delay justified, according to the Togolese authorities, by the Covid-19 pandemic. His predecessor had only remained in office to deal with current affairs and the name of Victoire Tomegah Dogbe had been circulating behind the scenes for several weeks.

The new Prime Minister has already formed her government and delivered her policy speech on October 2.

By succeeding the discreet Komi Selom Klassou, who had been in office for five years, Victoire Dogbe, 60, becomes the first woman to head the government in Togo. She thus follows suit Rose Christiane Ossouka Raponda, appointed Prime Minister of Gabon in July.

Her government, whose composition she announced on the evening of October 1, also includes eleven women, out of 33 members. Marguerite Gnakadé is notably entrusted with the very strategic Ministry of the Armed Forces.

"The Cameroon Bar is not a political party"

“If they decide that I deserve Samuel Wazizi's fate, God is master of time and…