By TELES RELAY On October 4 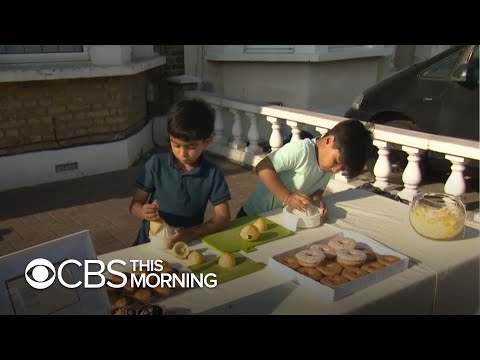 Two young philanthropists in London selling lemonade to raise money for Yemen got a generous contribution from one Hollywood star. Imtiaz Tyab speaks to the pair of 6-year-olds behind “Lemonade for YemenAid.”

Kristen Stewart and Stella Maxwell confirm they are BACK ON -…

Kristen Stewart and Stella Maxwell confirm they are BACK ON - Video