Accused of plagiarism with his latest concept “the confessional”, here are Yvidero's answers… and that of his manager. - Abidjanshow.com

Five fruits and vegetables that brighten the complexion

The daily Le Jour victim of a burglary!

A confessional, poignant testimonies as moving as each other, a new concept proposed by the Ivorian Cape Verdean actress Yvidero under the dome of Waraba group, a structure managed by Benoît Koffi, principal manager of the artist.

Yet, upon the release of the first issue a few hours ago, the biggest accusations have emerged about the concept.

This would have been modeled according to many comments on Story of my life, a TV show signed César Kouamé and which highlights social facts told by witnesses whose identity is masked.

Read also: FIF 2020 "Case we must stop the coups d'état" - Sory Diabaté addressed the putschists and not Drogba

Better, the designers of Story of my life would have requested the influencer so that their content is relayed and incorporated into the activities of Waraba group (a request apparently remained invalid).

The border between truth, coincidence and real plagiarism remains rather thin, especially since the parties involved (Yvidero and Waraba Group) had not yet granted a right of reply.

Yvidero decided on Friday, August 28, 2020, to respond to the allegations, in his own way:

Read also: Shaoleen reveals about her separation from Gildas Salomé: "We are separated but not divorced"

“I don't speak, I no longer justify myself. Whoever wants to say what he wants, I accept. The finality, let's work, earn the money, take care of our children and our families. ".

As for Mr. Benoît Koffi, by a press release, he denied the said accusations, reserving the right to lodge a complaint against "the agitators" in the name of the incriminated structure.

Here is the full press release below. 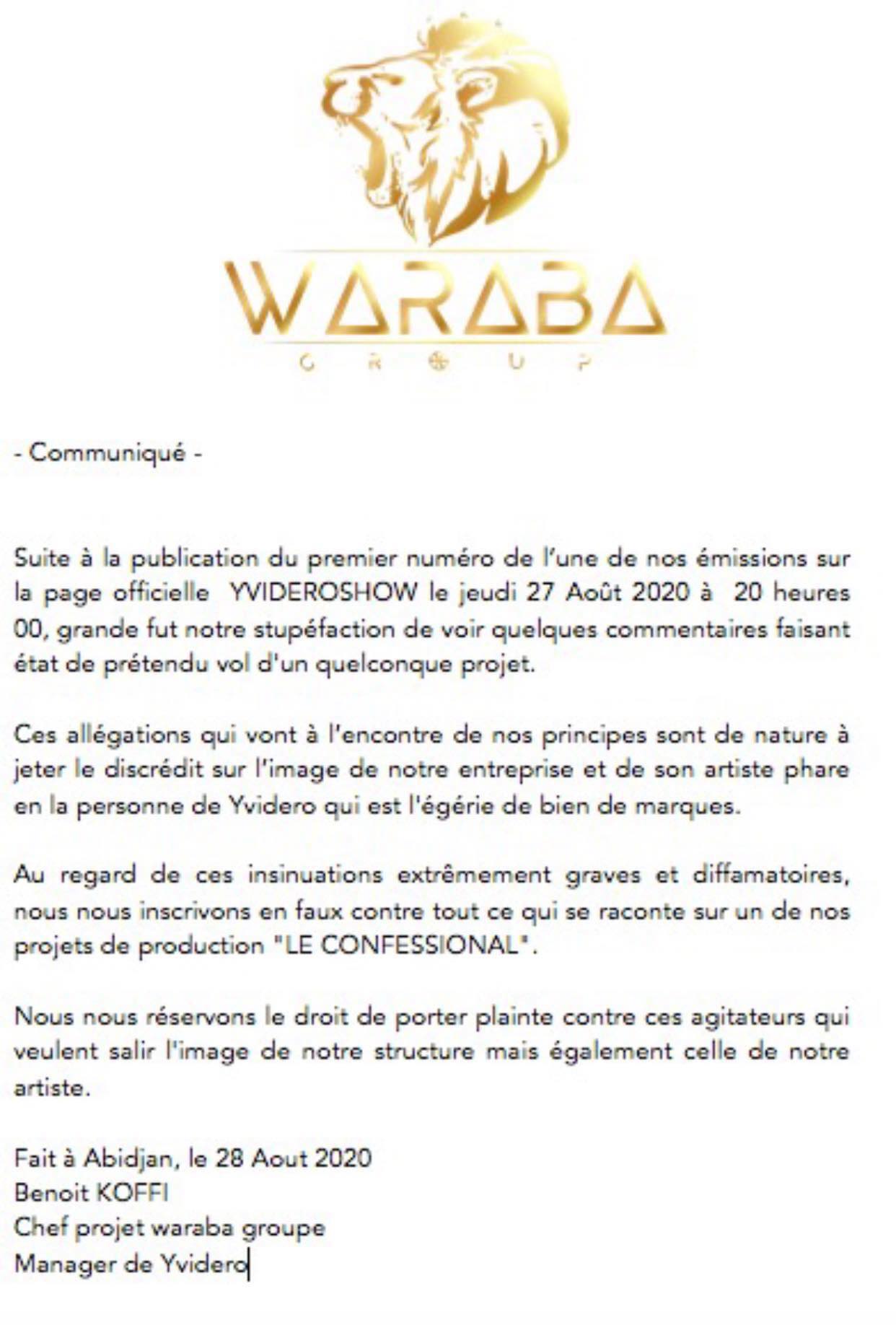 Five fruits and vegetables that brighten the complexion

The daily Le Jour victim of a burglary!

Culture-unusual / Among the Wodaabe Fulani (Niger), a married woman can “…

Mariam Sow, the young girl beaten by Sidiki Diabaté comes out of her…

She kills and prepares her two children in the North