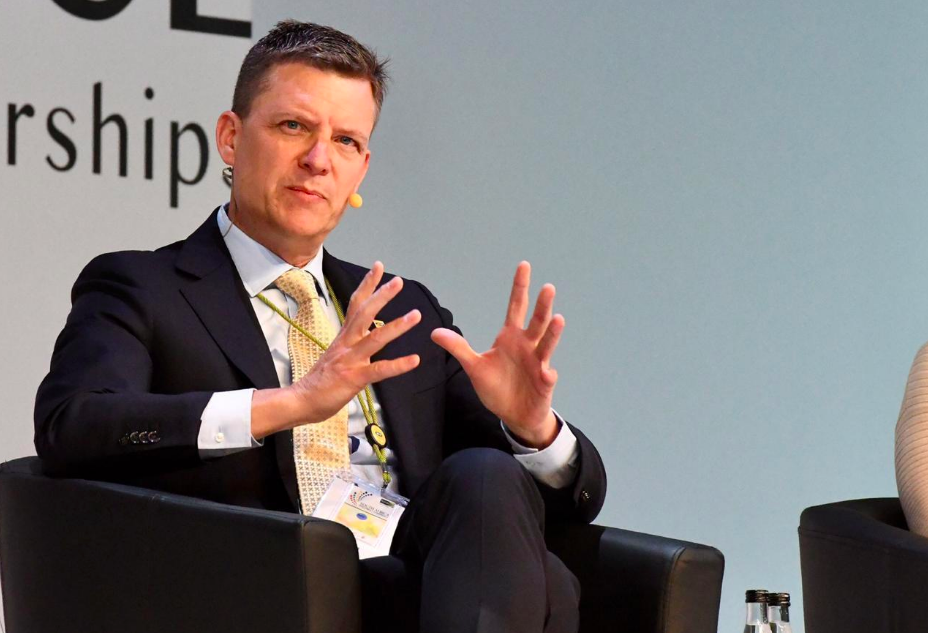 Africa-Asia links: Emirates is betting on the reopening of the sky ...

They are part of our ranking of the 100 essential African personalities of 2020: they are telephony players, who have reinvented their profession by surfing the wave of digital development on the continent.

But where have they gone? No trace this year of representatives of the web economy. The founders of Jumia and other African leaders of Google, Apple, Facebook, Amazon and Microsoft (Gafam) are giving way this year to a telecoms industry that manages to imagine services and take advantage of the possibilities offered by the mobile phone and the band passing.

The powerful in African tech therefore remain the bosses of the large traditional telecommunications groups. Among them, the iconic Rob Shuter who lives his last months at the head of a recovered MTN that he will leave in March 2021.

Determined to establish itself as the most African of digital service operators on the continent, the group brandishes its secret weapon: proximity through local languages ​​offered on a chat tool that aims to be the only entry to a myriad of services (mobile money, banking-insurance, entertainment, etc.).

Alongside Alioune Ndiaye (Orange Africa and the Middle East) who has just launched Orange Bank in Africa, or Mike Adenuga, head of Nigerian Globacom in search of international expansion, Hassanein Hiridjee is joining the club of 100 influential people from the continent. I have to say that the boss of the diversified conglomerate Axian (finance, telecoms, real estate, energy) has never ceased to be talked about in recent months.

In addition to the percentage it holds in Free in Senegal, it is also present in Togo where it acquired at the end of 2019 the incumbent operator, Togocom, which it wishes to transform into a sub-Saharan showcase for its group.

Because the one that is essential in the Indian Ocean where it controls the Telma operator in Madagascar and the Comoros, as well as Télécom Réunion-Mayotte, does not wish to stop there. Axian has indeed applied for the acquisition of a private telecoms operator license in Ethiopia.

The only woman in the category, Rebecca Enonchong

Jacobus Petrus, known as “Koos” Bekker, shares this same spirit of conquest. Although he is now more withdrawn in the activity of the South African giant Naspers, he remains nonetheless president of a diverse group whose subsidiary Prosus is valued at more than 100 billion dollars on the Amsterdam stock exchange.

A success that Naspers owes to this 67-year-old man who in 2001 sensed the potential of the Chinese juggernaut of Tencent's internet and mobile services by acquiring 46,5% of the young company's shares. This poker move allows Naspers to have a stake of 130 billion dollars in the Chinese conglomerate.

The only woman to appear in this category, Cameroonian Rebecca Enonchong, does not draw her influence from her financial strike force but rather from her media hyperactivity coupled with an activism in favor of the digital transformation of small and medium-sized businesses on the continent.

Discreet about activities AppsTech, his company established in around forty countries and specializing in business management software for VSEs and SMEs, this fiftieth anniversary remains a voice that matters and motivates many young entrepreneurs on the continent. Enough to ensure it a place in our 2020 ranking.

In March, Rob Shuter thought he could calmly attack his last year as boss of South African group MTN. Thanks to its arrival in 2017 from Vodafone, the continent's leading mobile operator in terms of number of customers put an end to its dispute with the Nigerian authorities by paying a record fine of $ 1,5 billion, but also improved its profitability and announced its refocusing on its core activities.

A restructuring with financial accents which did not surprise on the part of the man who, after starting his career in auditing at Deloitte, then held senior positions at Standard Bank and Nedbank. But it was written that the passage of Rob Shuter within MTN, a leader as discreet as it was effective, would be marked by exceptional events.

In the wake of the coronavirus crisis, this hiking fan has made the decision to cut his group's investments by 20% this year. It thus preserves its ability to invest in Ethiopia if it manages to obtain a license there. A file which he is not sure to see the outcome before the date of his departure, scheduled for March.

It is as an entrepreneur that Rebecca Enonchong, 53, has made a name for herself in the global ecosystem of new technologies. But the aura of the founder of AppsTech (supplier of management software) has since crossed the borders of tech.

In Cameroon, this native of the English-speaking Northwest is also one of the voices of the fight against social injustices. In 2017, she carried the #BringBackOurInternet mobilization at arm's length, after the government cut off internet access in English-speaking regions in the throes of a major socio-political crisis.

Since then, Rebecca Enonchong does not hesitate to use her growing audience (more than 105 subscribers on Twitter) to denounce the injustices in her country. ActiveSpaces, the start-up incubator that it launched in Cameroon, continues to expand its network. In July, the young company opened a new branch in the west of the country.

If he was already among the 100 most influential Africans in 2019, Hassanein Hiridjee, 44, is making strong progress this year thanks to very rich news. The family group Axian, which he has managed since 2015, launched at the end of June a 5G mobile telephone network in Madagascar, consolidating its status as national leader in telecommunications.

It is also active in this sector in Senegal and Togo, betting on a continental concentration of mobile operators. Present in banking, distribution, real estate and agribusiness, Axian is also involved in the energy sector, with large electrification projects in Uganda and Mali.

At the end of 2019, the group also opened in Antananarivo NextA, a start-up incubator inspired by Station F, in Paris, by billionaire Xavier Niel.

Despite an eventful 2020 due to the health crisis, the influential boss of the Planor Africa group reaffirms its intention to continue its investments in telecoms and banking. More than 55 billion CFA francs (84 million euros), half of which will be released this year, are needed to renew the 4G license of Telecel Faso, which is preparing to launch Telecel Money, its mobile banking service.

In neighboring Mali, Apollinaire Compaoré intends to invest nearly 150 billion CFA francs to develop Télécel Mali, which has reached the milestone of one million subscribers. This sum will also be used to open two banking subsidiaries. The XNUMX-year-old, also boss of Burkinabè bosses, is also studying the option of launching Wendkuni Bank International outside the country's borders. According to our information, Mali and Côte d'Ivoire are particularly in its sights.

Eternal challenger to Aliko Dangote, Michael Adeniyi Agbolade Ishola Adenuga Jr is a billionaire and Nigerian, like his rival, and has built most of his fortune in the oil sector, notably with his exploration company Conoil. At 67, he also rules Nigeria's second-largest mobile operator, Globacom.

A graduate of Pace University in New York, this father of seven occupied at the beginning of 2020 the third place in the ranking of African billionaires, behind the irremovable Aliko Dangote and Naguib Sawiris, with a fortune estimated at 7,7 billion dollars according to Forbes .

In January, Senegalese Alioune Ndiaye proudly inaugurated Orange's new Africa headquarters (which he has managed since 2018), in Casablanca. It is now up to the graduate of Institut Mines-Télécom Business School and Paris-Dauphine University, long at the head of the Senegalese subsidiary of the Sonatel group, to achieve the financial objectives set by its CEO, Stéphane Richard.

By 2025, Orange aims to achieve 20% of its turnover in Africa. To achieve this, Alioune Ndiaye will launch Orange Bank in Côte d'Ivoire at the end of the year, before targeting other WAEMU countries.

Above all, he will try to get a license in Ethiopia, a country of more than 100 million inhabitants - which has decided to open the telecoms sector to competition - and to enter another large market: South Africa, Nigeria or, why not, Algeria. These projects could be financed through the IPO of the holding company which brings together all of the operator's African operations.

Born in Potchefstroom in 1952, Koos Bekker is at the head of a fortune estimated at 2,3 billion dollars. After starting his career in advertising, he and a few young colleagues founded M-Net, one of the first two pay television services in South Africa.

In 1997, he became CEO of the Naspers media group and set up a very specific compensation system there: he received no salary, bonus or benefits, receiving only stock options. In fifteen years, Naspers' market capitalization has grown from approximately $ 1,2 billion to ... $ 45 billion.

OL: Newcastle dreamed of Cavani, they will have Traoré - FOOT 01

Africa-Asia links: Emirates is betting on the reopening of the sky to bounce back -…

Could this be the thing that finally turns the tide against Apple's App Store fees? -…

Immigration: Belgium finances projects to encourage the return of 3 ...

Are men the biggest obstacle to women's success?