By TELES RELAY On May 20 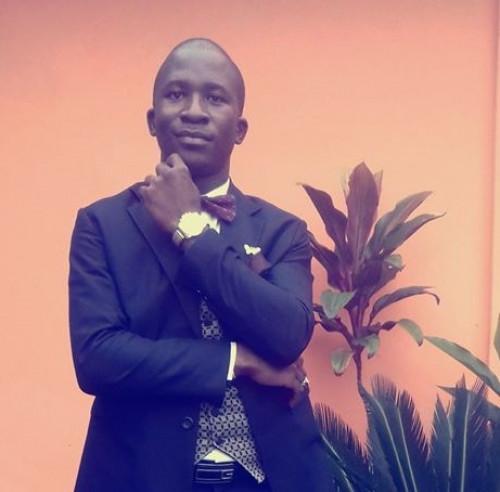 Innovation: Qair and Steg are experimenting with floating solar energy by ...

But this startup is not the fruit of a mercantile ambition, but a matter of the heart. The business plan was motivated by the concern of its promoter to bring a smile to bruised souls.

Sixth in a family of seven, the future doctor inherited the family cocoon the ability to pay special attention to the sufferings of others. He speaks of his parents as people "very present, but above all concerned to guarantee them (his brothers and him) everything that was essential to their happiness" He also drew his discretion from it. Unlike his peers, who rely on advertising and branding to make a name for themselves, Adolphe preferred to keep quiet and work.

Boussoles Technologies is said to have started from a stay at the National Center for the Rehabilitation of Disabled People Cardinal Paul Émile Leger. This institution, based in Etoug Ebe in Yaoundé, is responsible for the rehabilitation and socio-economic and professional reintegration of people with disabilities. Adolphe, a student at the faculty of medicine, is admitted as an intern.

He becomes familiar with the patients, discovers their complaints, takes their troubles to heart and meditates on possible solutions. A simple trainee, the young man is content to give them the basic care required and expresses empathy for the most precarious cases.

During his multiple stays in hospitals, his attention is also drawn to "extraordinary numbers in terms of limb amputation" These figures shock him a little more when his pleasant mind notices "that the patient's equipment does not follow"He says.

Adolphe then concludes that there is "a real problem"To be resolved around"the fitting of amputees in Cameroon" Involved in entrepreneurial initiatives, he begins to dream of Compasses Technologies. During his various internships, the idea of ​​printing 3D prostheses, very precise and functional, to replace their lost limbs, became clear.

The young man who could have chosen an engineering career seven years ago (in 2013, declared admitted to the entrance examination to the Higher Institute of the Sahel of Maroua and to that of the faculty of medicine, he chooses medicine), finds himself at the head of a business project fraught with symbols.

But in its materialization, Adolphe soon encountered financial constraints. It needs very expensive equipment, the use of which requires rare human skills on the local market. Very quickly, he solved these equations and positioned himself upstream of his company's production chain.

Its role, beyond that of promoter, consists in evaluating the clinical parameters making it possible to determine if the patient needs a prosthesis or not. To do this, his medical skills are required. As for the design of the prosthesis, it is not within its competence. "It is made by a collaborator who combines the skills of ortho-prosthesis and digital design", He said.

Today, Boussoles Technologies, therefore the head office is located in Nkolbisson and the workshops in Tropicana in Yaoundé, is registered under the legal establishment regime. Its legal regime is nevertheless always changing. Some partners are in the process of acquiring shares

For the moment, the company first wants to master all the contours of its business. But to date, the startup says it has already manufactured four prostheses. The orders are more and more frequent and Adolphe finds that the current rhythm satisfactory.

The company was selected for a support program run by the Agence universitaire de la francophonie (Central Africa and Great Lakes department). At the end of this incubation period, she could increase her know-how.

However, in a context marked by the covid-19 pandemic, Boussoles Technologies, a pioneer in 3D printing for medical use, began producing protective visors. This equipment produced by 3D printing helps limit the risk of contamination for those who wear it.

While waiting for a return to normalcy, Adolphe, serene, continues to script the growth of his young company.

Crimes against humanity in Sudan: BNP Paribas targeted by an investigation in France -…

Death of Nick Cordero: what his wife wishes to convey to ...

Algeria: when Bouteflika wanted to speak with Israel - Young…

Alicia Keys confides: "I was supposed to end up a prostitute or ...

Vanessa Paradis “appreciates” Timothée Chalamet, the fiancé of her…