In order to ensure a solid post-Covid-19 recovery, Cameroon extends its program with the IMF for 3 months

By TELES RELAY On May 5 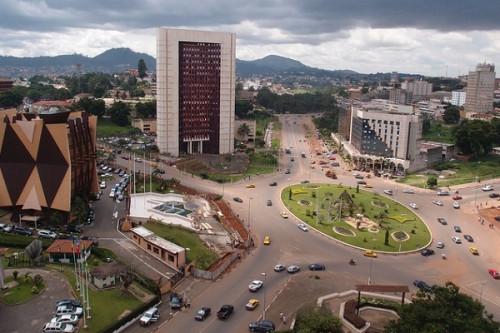 How 54gene has become the benchmark for biotechnology in ...

(Investing in Cameroon) - After two successive postponements on April 22 and 28, 2020 of the examination of the Cameroon file, the Board of Directors of the International Monetary Fund (IMF) finally approved, on May 4, 2020, a rate loan zero interest and reimbursable over 10 years of just over 135 billion FCFA (226 million dollars) in favor of the country.

This IMF financial support, which paves the way for Cameroon's debt service easing initiative due to the G20 countries, the Bretton Woods institution has "also approved the request of the authorities (Cameroonian) to extend the FEC agreement (Extended Credit Facility), which must expire on June 25, 2020, until September 30, 2020, with a new access phase».

"Given the sudden and urgent nature of the shocks, accommodative fiscal and monetary policies are warranted to mitigate the human and economic impact of the epidemic. However, the authorities remain committed to their reform program under the FEC agreement. They plan to make adjustments to resume fiscal consolidation after the crisis is over, to preserve debt sustainability and ensure a solid recoverySaid Mitsuhiro Furusawa, the IMF's deputy managing director.

As a reminder, the 5e review of Cameroon's three-year economic and financial program (2017-2020) with the IMF, which is accompanied by the Extended Credit Facility (FEC), enabled, on January 22, 2020, to disburse in favor of the country, an additional envelope of nearly 44 billion FCFA ($ 76,1 million). This new disbursement thus brought about 590 million dollars (nearly 344 billion FCFA), the amount already made available to Cameroon, under this program.

Over 44 billion FCFA at stake

According to the initial schedule, Cameroon should benefit from a final disbursement of more than 44 billion FCFA from the IMF at the end of May 2020. But this financing is conditioned by the positive conclusion of the 6e and last review of this three-year adjustment program. This becomes more than hypothetical in terms of the economic situation and the initial objectives of the program. As an illustration, Cameroon should reduce its budget deficit to less than 2% in 2020. However, its 2020 finance law was designed on a 2% target and with the Covid-19 crisis, it is projected that the budgetary balance compared to the initial objectives.

Approved on June 26, 2017, the three-year program with the IMF will allow Cameroon to benefit, in the long term, from total budgetary support of a total amount of approximately 666,1 million dollars (nearly 400 billion FCFA). This program aims to support the country's efforts to restore external and budgetary viability, and to lay the foundations for more sustainable, inclusive and private sector-led growth.

According to the Cameroonian Minister of Finance, Louis Paul Motaze, when it ends in September 2020 (instead of June), this program will then be replaced by a new instrument, which this time will focus on the fight against poverty in the country.

23-01-2020 - Expanded credit facility: Cameroon will receive a new disbursement of nearly FCfa 44 billion from the IMF

PSG: Exploding Zidane, CR7 and Ronaldo, Real ready for anything for Mbappé - FOOT 01

How 54gene has become the benchmark for biotechnology in Africa - Young…

Camtel, the public telecommunications operator in Cameroon, ISO 9001/2015 certified on its…