Switzerland: Women's marches in Switzerland and around the world despite the…

India: Iltija Mufti says government is afraid of women and he…

(MTN COTE D'IVOIRE) - Monday, February 3, 2020, was held the inauguration ceremony of the space "Mandela Peace Parc", in the presence of The Honorable Ehouo Jacques, Deputy-Mayor of Plateau, authorities and 1ages Ladies of Ivory Coast. MTN Côte d'Ivoire in partnership with the Town Hall of the Plateau Municipality and the Embassy of South Africa in Côte d'Ivoire, want by making this space available to the Ivorian populations, to remind them of their commitment and their contribution to Peace in Ivory Coast.

Indeed, the intention of the “Mandela Peace Parc” or “Mandela Peace Park” is to be a symbol of peace, unity and dialogue for the populations. The space, which will be a place of rest and refreshment for all, takes its name from the former president and icon of the struggle, Nelson Mandela, who is in the world a figurehead representing peace and reconciliation. 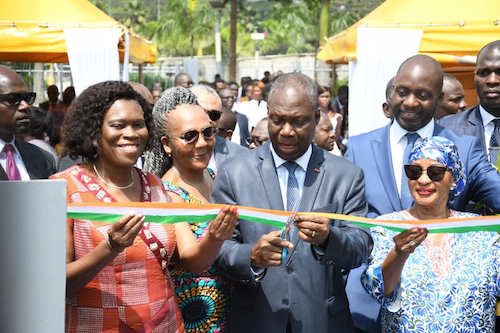 Speaking during the ceremony, Mr. Djibril OUATTARA Managing Director of MTN Côte d'Ivoire said that " MTN Côte d'Ivoire has given its support to the municipal authorities so that this park can see the light of day because it responds on the one hand to the need expressed by the population of the commune as well as its municipal authorities, to have a convivial space for gathering and exchanges within the municipality, and on the other hand, to create a unifying and peaceful place, like the exceptional and unifying man whose name he bears»

The space, composed of a set of four (4) parks, is located on the territory of the commune of Plateau, in Abidjan in Côte d'Ivoire, next to the public Marina, within sight of the Félix Houphouët bridge- Boigny.

The “Nelson Mandela Peace” park is divided into four (4) sections:

Park 1 - A refreshment park with trees and pongolas. This park contains a refreshment stand for the purchase of food and drink. It has an entertainment stand where local artists can showcase their talent.

Park 2 - This park is designed around a giant centerpiece; a fountain above which rises two circles, crowned with two doves. This garden is established with landscaping.

3 park - This park is designed with trees and benches representing a place where people can sit and chat in a peaceful way for the greater good of all.

4 park–This park is laid out with a monument made up of a magnificent bronze bust of the former president and icon of the struggle, Nelson Rolihlahla Mandela. The marble staircase leading to the monument is decorated with plaques on each side, containing messages of peace from icons of liberation. 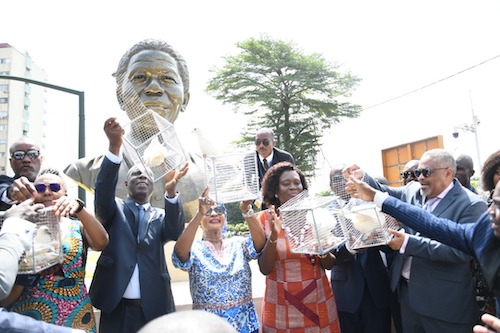 Subsidiary of the MTN Group represented in 22 countries and leader in telecommunications in Africa, MTN Côte d'Ivoire is a supplier of communication and payment solutions present in Côte d'Ivoire for 20 years.

About the Nelson Mandela Foundation

The Nelson Mandela Foundation is a non-governmental organization created in 1999 in South Africa to "respond to a growing and urgent need to provide Nelson Mandela, just retired from the presidency, with the support necessary to enable him to put his ideals and values ​​and perpetuate Mandela's vision. She is committed to improving the living conditions of the most disadvantaged populations in South Africa and more widely in the world, in fields as varied as poverty, freedom, disease, education, oppression and peace.

This article appeared first on https://www.agenceecofin.com/operateur/1402-73845-cote-d-ivoire-ceremonie-d-inauguration-de-l-espace-mandela-peace-parc

Cameroon-Elections 2020: Beaten everywhere including in his neighborhood, Fo'o Dzakeutonpoug exclaims "It's true that I confused mockery with popularity"

Accused by Jeune Afrique of being the linchpin of Maurice Kamto's European tour, Ghislain Nokam denies

Switzerland: Women's marches in Switzerland and worldwide despite the Covid-19

India: Iltija Mufti says government is afraid of women and asks it to…